Raja Yoga: Definition, Benefits and How to Practice 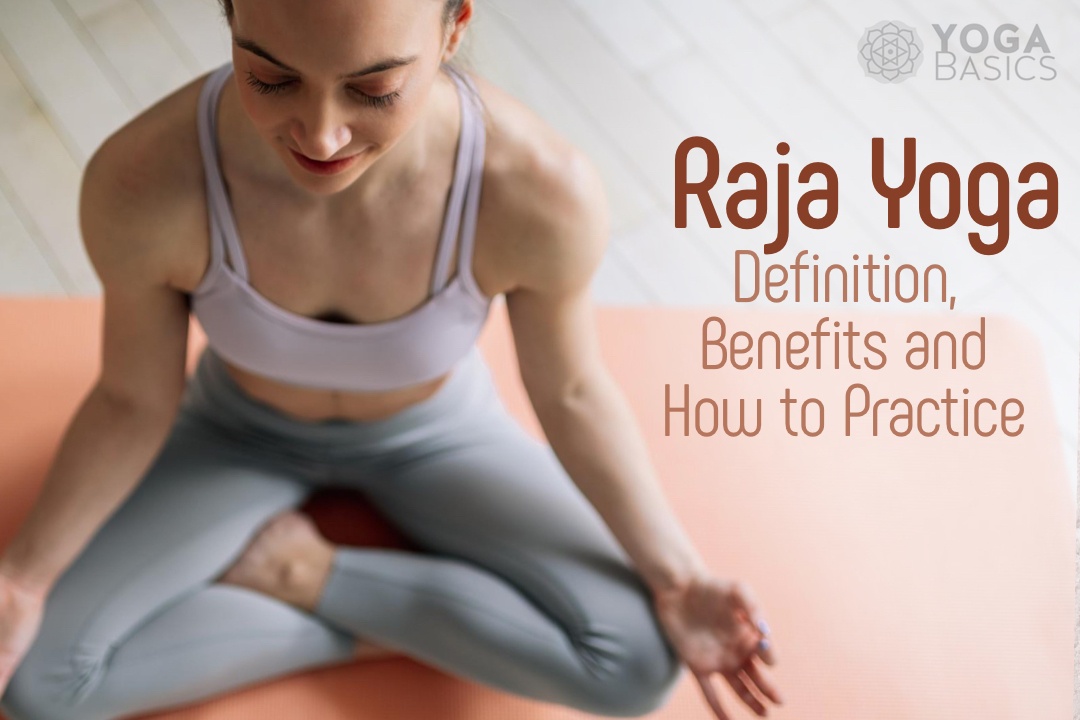 In the yoga tradition, there are many different paths and philosophies, but they all lead toward the same goal—attaining moksha or liberation. Raja yoga is viewed as the supreme or “royal path” to attaining this state of unity of mind-body-spirit. Raja yoga is a systematic approach that has been practiced for thousands of years by yogis who have attained great levels of spiritual awareness. It is so highly revered because it attains enlightenment from direct control and mastery of the mind. This approach is an extremely challenging and difficult practice to engage in, yet the structure of the eightfold path makes it possible with dedication and practice.

What is Raja Yoga?

In Sanskrit, the word raja translates as king, chief, or royal. Thus, raja yoga is considered to be the best path to attaining the highest state of yoga—samadhi or enlightenment. It refers to both the highest goal of yoga and the meditation practices used to attain this goal. Swami Vivekananda describes this internal meditative practice as a path towards mastering the whole universe. He writes, “Raja-Yoga proposes to start from the internal world, to study internal nature, and through that, control the whole—both internal and external.”

Also Read :  How to Pull Your Child’s Loose Baby Tooth

Raja yoga is also considered the king of yogas as it is one of the most difficult and challenging spiritual paths. This path of meditation and mind control is best suited for people who are well versed in yoga philosophy and lead contemplative and yogic lifestyles. One of the other four classical schools of yoga (jnana, bhakti, and karma) may offer a student an easier path to moksha (spiritual liberation), self realization and inner peace.

Raja yoga is often referred to as “classical yoga” as it was the oldest system of yoga to be systematically developed into a unified practice. The practice of raja yoga was compiled by the sage Patanjali in his famous Yoga Sutras during the second century CE. The Sutras break down the practice of yogic meditation into eight limbs or sub-practices. The first four limbs are referred to as the external limbs and are to be practiced simultaneously. Some of these limbs have the same names as the Hatha Yoga practices, but are not the same and should not be confused. The last four limbs are referred to as the internal limbs and are practiced sequentially.

The foundation of raja yoga is Patanjali’s external limbs of Yama, Niyama, Asana, and pranayama. Yama and Niyama are the principles of right conduct and lifestyle, the dos and don’ts of yoga. Yama, respect for others, includes nonviolence, truth, honesty, moderation, and non-covetousness. Niyama, positive self-action, includes purity, contentment, discipline, self-study, and devotion. Asana in raja yoga is not the same Asana that we are doing in yoga class. Patanjali simply instructs one to find a comfortable yet stable seated position. The same confusion exists with Patanjali’s instruction in pranayama. Patanjali only instructs the Raja yogi to observe and slow the breath down to the point where one cannot distinguish between the inhalation and the exhalation. The numerous yoga postures and breathing exercises were developed much later as part of the Hatha Yoga system of mastering the body to still the mind.

The Benefits of Raja Yoga

When we practice the Yamas and Niyamas on a daily basis, our character becomes purified, our virtues increase, and our spiritual growth accelerates. The regular practice of yoga poses and breathing improves our physical health, increases our mental clarity, boosts our life force energy, and stabilizes and calms our emotions. When we practice the Dharana and Dhyana on a daily basis, our concentration increases, our memory improves, excessive thinking diminishes, and our wisdom expands.

Through a dedicated practice of raja yoga, one develops detachment towards worldly objects, our thoughts, and the results of our actions. This develops an understanding of our true nature and leads to the cultivation of inner peace and tranquility.

How to Practice Raja Yoga

Once a comfortable seated position and a slow deep breath are obtained, then one begins practicing the internal limbs: Pratyahara, Dharana, Dhyana, and Samadhi. Pratyahara is the drawing of the mind’s focus away from the external senses to the inner sensations of the body. When the mind draws inwards, then the next limb, Dharana, is used to concentrate the mind on a single object, usually the breath. This is where the practice becomes challenging, keeping the mind focused, and releasing attachment to thoughts. When one obtains the ability to concentrate the mind on a single object to the point of being completely absorbed in it, then one has moved into the next limb of Dhyana, true meditation. When the mind is absorbed in Dhyana, the thoughts cease and the mind stills. The sustained practice of Dhyana leads to the last limb, Samadhi. Enlightenment, ecstasy, and bliss are all words used to describe this last limb where one sees pure awareness reflected on the still surface of the mind. Here object, subject and perceiving all melt into a feeling of oneness.

The steps to practicing raja yoga appear complex and difficult at first, but will become easier with patience and continued practice. As Swami Vivekananda writes, “Practice is absolutely necessary. You may sit down and listen to me by the hour every day, but if you do not practice, you will not get one step further. It all depends on practice. We never understand these things until we experience them. We will have to see and feel them for ourselves.”

When you begin to practice these fundamentals, you will see that each step is built upon the previous one. It’s like building a house brick by brick. Each new layer adds stability and support to the structure. Eventually, with great patience, determination and effort, the entire edifice comes together.