What You Should Know About RSV in Kids – ChildrensMD 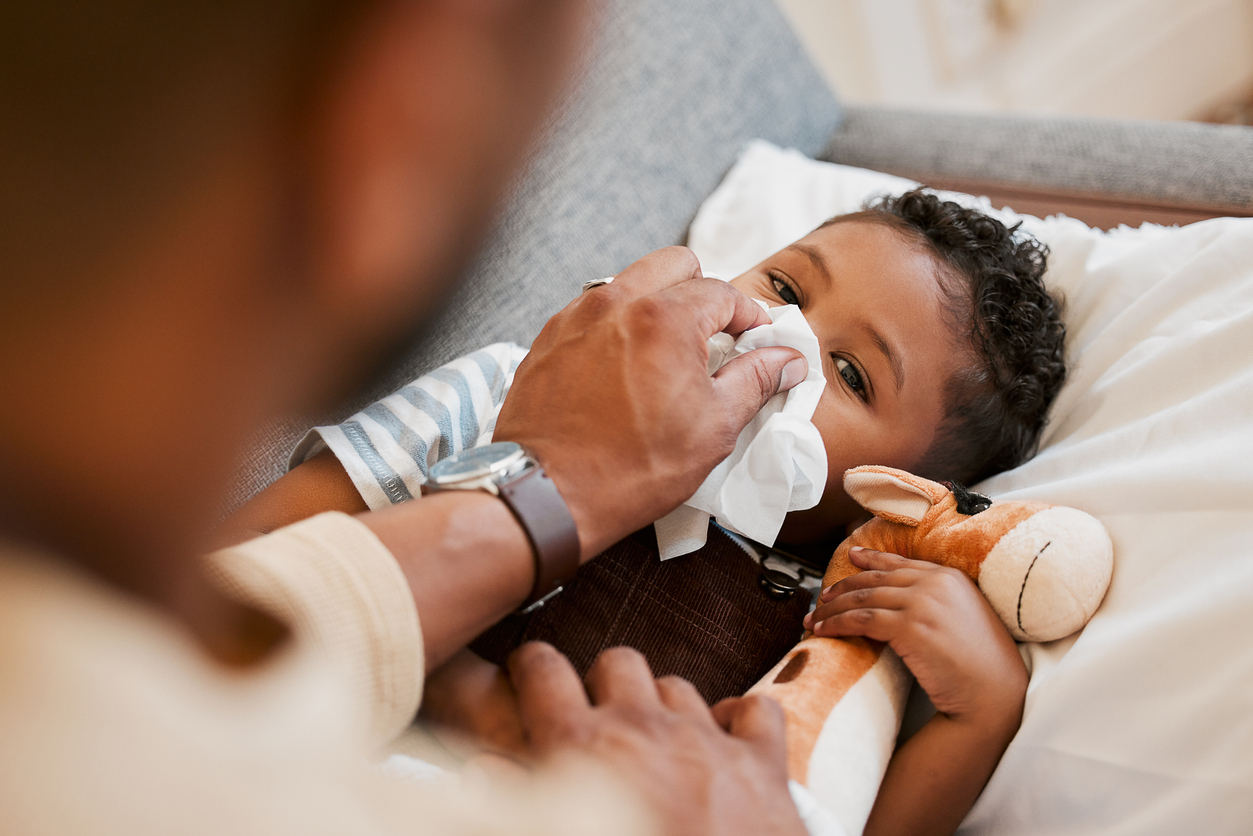 It is that time of the year when trees are starting to change colors and it is beautiful outside. Fall is here, but so are the nasal allergies and respiratory infections in kids! And this year, there has been an unusually higher and earlier spike in respiratory infections caused by the Respiratory Syncytial Virus (RSV). We’ve gathered what you should know about RSV in kids so you can be prepared for this surge.

As a pediatrician working in the emergency room, this year I am seeing unprecedented numbers of viral illnesses including RSV, flu, and rhinovirus infections. The surge in patient volumes in emergency rooms across the country is like none before. Parents, especially parents of infants are concerned about the possibility of their little ones getting the flu or RSV. Parents are more worried about RSV because there are many awareness campaigns about the flu with vaccine recommendations and the option of treating Influenza infection with medications such as Tamiflu. But with RSV, there are no vaccines to prevent the infection and no specific medications to treat it. This year’s spike in cases is possibly related to the fact that everyone stayed home in 2020 and 2021 to prevent the spread of the coronavirus, and it changed the typical RSV season during those years. As a result, case counts were low and likely caused a lower herd immunity to RSV. But this year, with things returning to normal, the cases of RSV are spiking to unprecedented levels.

RSV or Respiratory Syncytial Virus is one of the many viruses that infect the respiratory tract. It starts out with a runny nose, cough, and low-grade fevers like a common cold. According to the Centers for Disease Control, more than 57,000 children younger than 5 years old are hospitalized each year due to RSV, and approximately, 177,000 adults older than 65 are hospitalized each year with the condition.

How Does RSV Spread?

RSV can spread from person to person through secretions and contaminated objects. Sneezing or coughing can spread RSV. It can remain on hard surfaces for several hours, as well as softer surfaces like sheets, blankets, and stuffed animals for some time too.

Who’s at Risk for RSV?

In most healthy kids and adults, RSV can be treated at home with fluids and fever medications, and it runs its course as a cold-like illness. However, those people can transfer RSV to a younger child or an older adult. RSV is most dangerous, and potentially fatal, in babies who are born prematurely and people of any age with weak immune systems, heart disease or lung disease. Even babies who were born full-term and healthy can sometimes develop severe symptoms.

What are the Symptoms of RSV?

The RSV infection starts like a common cold and usually resolves in a few days. However, it can sometimes spread from the upper airways to the lower smaller airways and cause a condition called bronchiolitis. These babies can have increased mucus production in their airways that can lead to symptoms such as coughing, wheezing, rapid breathing, and potentially respiratory failure and need for hospital admission to help maintain their oxygen levels and hydration. Very sick babies with RSV can end up in the intensive care unit and may even need mechanical ventilation.

What to Look For?

RSV typically starts with cold-like symptoms – cough, runny nose, and congestion. These symptoms usually peak around day four to five of the illness.

Where and When to Seek Help?

If your child starts with cold-like symptoms but then starts to have rapid breathing, chest retractions, grunting, increased fussiness, poor feeding, dehydration, and/or lethargy, then it is time to head to the emergency room or After Hours. Doctors will diagnose an RSV infection with a nasal swab. Treatment will include checking the oxygen saturations and your baby’s hydration status. Chest X-ray, IV fluids, and further interventions may be needed based on how sick the baby looks.

Our Washington University Children’s After Hours locations provide convenient medical care for your child’s illnesses and injuries as a faster alternative to ERs when your pediatrician’s office is closed.

What is the best way to prevent RSV?

RSV can spread from person to person through secretions and contaminated objects. It’s helpful to:

You can get RSV multiple times–even during a single season, but repeat infections are mostly less severe than the first one. A medication called Synagis may reduce the risk of severe RSV infection in some high-risk infants. Premature babies born before 29 weeks of gestation, who are considered a high-risk population, can be given this medication to help prevent contracting RSV. It consists of a series of monthly shots given during the peak season. Your pediatrician will let you know if your baby is a candidate for Synagis. Also, make sure your baby is up to date on his/her immunizations. RSV, like any other viral infection, can weaken the immune system and make your baby susceptible to other bacterial infections.

What is the Treatment for RSV?

There is no specific medication to cure RSV, and medications like steroids and antibiotics do not help with RSV. Nebulizer treatments to help with wheezing are not routinely recommended for bronchiolitis.

Families can treat RSV symptoms at home with many common over-the-counter medications and items from the store.

It’s helpful to have the below on hand during RSV/cold/flu season: