As a writer, we talk a lot about the pain of rejection, but not about the agony of waiting for a decision. I submit essays to literary journals, then I wait. Two months, three months, four months and more.

The hungrier I am for the acceptance, the slower time seems to move. Once I hit the submit button, I tell myself to forget and move on with my everyday activities. Once in a while, or more often it seems lately – which I attribute to the tedious routine of the pandemic — I remember one or more of my essays hanging out there in the atmosphere. When the vision of one of my titles in quotation marks comes into my mind, it seems as though there are still many months to go before a decision is handed down.

I sent in one of my best essays as an entry for a New York Artist Fellowship grant in January. Jan-u-a-ry. The winner was supposed to be announced in July. When I go to their website, all that it says is “Due to the impact of COVID-19, the 2020 notification timeline has been delayed.” WTF? How does COVID-19 delay the reading of essays? For two months now? If anything, COVID-19 should give them more time. They’re killing me.

In March, I entered an essay contest. The unusual thing about this contest was it permitted entries that had already been published. In 2010, I wrote a piece about anorexia that appeared in an academic journal with a small circulation. I remain torn about the small readership because the editor of the journal helped me edit the ending and improved the piece. The essay was a simultaneous submission so I don’t regret pulling it from the other journals when I received this acceptance. If I hadn’t, it wouldn’t be the same piece.

I read part of this essay at a student reading one summer at an intensive summer workshop. The author who put the whole workshop together touched my shoulder and told me the writing was very good. I imagine it’s the same feeling when a fan is touched by a rock star. I lived off that high for the rest of the summer. The winner of the contest is supposed to be announced on October 15th. 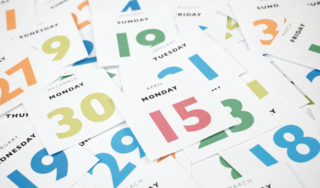 Sometime in the Fall

I entered another contest sponsored by a prestigious literary journal with the theme of illness, health and healing. The non-fiction genre of the contest is being judged by an even more prestigious author who has published a memoir about her bipolar illness and many other books about different aspects of mental illness. When I spoke in the first paragraph about being hungry for an acceptance, I’m starving for this one. This journal has been on my radar since I first started writing about my mental illness in 2007. The winner(s) of each different genre will be announced “sometime in the fall?” When is that? October? November? December? Excuse me, I would like to know approximately when, so I can steel myself for the rejection. That being said, when I told my former psychiatrist Dr. L. about wanting this badly, she said I should use the power of positive visualization. So, I’m picturing logging into my e-mail and seeing a “Dear Andrea, Congratulations!” e-mail. But when?

For the fourth of the “big four,” as I’ve dubbed the essays I have out right now, the timeline is much more reasonable. This is another literary journal, similar to the previous one, focusing on healthcare, medical stories, hospitals and caregivers. I submitted my piece on 9/19/20. This is not for a contest; it was simply a submission for the regular Spring 2021 issue. I published a piece in their Spring 2015 issue and I’ve submitted a couple of times since then and the subsequent ones have been declined. I want to prove to the editors there that I’m not a one-hit-wonder. Cofounding the situation is the word limit for this literary journal is only 2500 words and I tend to be much more verbose. It’s a hard exercise, but good for me to make the piece tight. The editors say the decisions will be made no later than 10/22/20, so that’s rapid-fire speed compared to the other three. Let’s see if they stick to it. 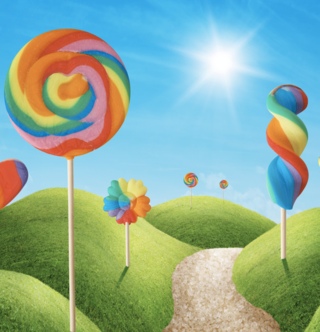