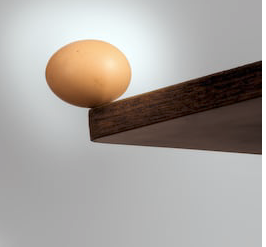 I’m living in a space where my physical and mental health feel tentative every day. I had a second stroke at the end of August, and two weeks after that, I had a TIA (transient ischemic attack). My incredibly cool neurologist, who has a hanging swing seat in his office, said to me: “This should not be happening. You have no risk factors. I don’t know why this is happening.”

I’m so anxious I gave up on breathing and mindfulness. The anxiety cuts through my breath in the same way a dull knife cuts through a ripe tomato. Messy, seeds and juice spilling all over the place. My psychiatrist, Dr. L., prescribed me an anti-anxiety medication to help get me through this rough time. I take it judiciously, and I’m thankful for the relief it affords me.

At the same time, I feel a grey cloud of depression descending. Not a black cloud, because the depression isn’t all-consuming or paralyzing, and I’ve had my share of those. I’m not suicidal; after the stroke, I cried to Dr. L. in terror over Zoom that I finally want to live, and now there is an unknown monster in my body threatening to take me down.

Yesterday, I went to a hospital in Manhattan to have an implantable loop recorder inserted into my chest. According to the Mayo Clinic, these devices, which are placed just underneath the skin, “have a higher rate of diagnosis of heart rhythm problems than did other monitoring devices.” Additionally, “researchers also examined the value of implantable loop recorders in people who had a stroke. Long-term heart monitoring uncovered heart rhythm problems that caused the stroke better than 24-hour monitoring did.”

The procedure itself was no big deal. It was done under local anesthesia, and the needle for the local was the most painful part. The loop monitor is inserted through a syringe, and all I felt was a lot of pressure. This morning, I have a big bandage on my chest, and I’m a little sore. I have a transmitter on my night table that is plugged into an outlet, and every night at 3 a.m., the transmitter sends the data from the loop recorder to the doctor’s office. If something is amiss, they will alert me.

I feel relieved that something or someone is monitoring my heart. I know my doctor is specifically looking to see if I have atrial fibrillation, which is a major risk factor for stroke.

My depression feels as though I’m working so hard, pushing, and some unknown force is pushing back with more strength than I have or will ever have. Does a person have a limited amount of strength, resilience, or grit in their reserves? Do their reserves ever run out?

Whenever I start crying, my rescue dog Shelby comes over to me, alarmed, and sticks her snout as close to my face as she can and tries to lick me to soothe me and let me know she is there. Sometimes I don’t know how I ever got along without her. While it was nice to have my cat Zoe in the house, she could be standoffish and independent.

Last Sunday, my neurologist calls me (yes, the cool one) and tells me that I’m anemic. You know there’s a problem when your doctor calls you on the weekend. No wonder I’ve been feeling so run down and tired. He tells me to call my PCP first thing Monday morning, let her know, and get the levels retested.

I make a lunchtime appointment with Dr. C., my PCP. I’m hoping I can get in and out and back to work because I’m missing a lot of time with this heart thing. No such luck.

I’m there for over two hours because Dr. C. has a medical student meet with me first so the medical student can present my case to her. I understand that everyone has to learn, but she could at least start on time. Then I had to go get my blood drawn and wait some more. I texted my boss, but he didn’t text me back. I’m not sure what his reaction was.

That was Wednesday. Saturday morning, Dr. C. called me. Another doctor calling me on the weekend. It was 9:00 a.m., and she apologized for calling me so early. She told me the levels of hemoglobin and hematocrit had dropped even further. She said on Monday, I should call and make an appointment at the infusion center for this week and next week. I have to start taking iron supplements too, which I hate because they make me really backed up.

Dr. C. also wants me to have a colonoscopy and an endoscopy to see if I have internal bleeding. I hate the frigging prep for those tests and that I have to fast. So, Monday, I also have to call my gastroenterologist.

This morning, I had my eating disorder alumni support group (via Zoom, of course), and M., the woman who runs the ED treatment center, is a registered dietician and is recovered from anorexia. She says that anemia affects every part of the body, including the brain and your mood.

Sometimes, I want to give up. By “give up,” I don’t mean to kill myself. I mean, why am I working so hard when I just keep getting knocked down? I feel as though I’m being punished for when I was going through my health anxiety phase, and I was wishing for a real physical illness to garner sympathy because mental illness is an invisible illness.

During one of our Zoom sessions, I was telling Dr. L. that I worked really hard to get through that phase, which lasted a couple of years. I was in the ER at least once a month, sometimes more often, for no real reason, and I alienated a couple of doctors. Then, once in the ER, if I felt I wasn’t getting enough attention, I simply left. Even if there was still an IV in my arm. I’d just take it out myself when I got home.

I’m scared. I’m scared I’m going to have another stroke and wind up a vegetable in a nursing home somewhere, alone and forgotten. I’m more scared of this than dying. When I had the surgery in July to remove my fallopian tubes and ovaries, as I came out of the anesthesia, there were a couple of minutes I was conscious but still couldn’t move.

I couldn’t even open my eyes. I was terrified and freaked out. I don’t want to live like that and be incapable of taking my own life if that’s what I decided I wanted.

My father gave up. He curled up into a ball and retreated from the world. My mother was brilliant and a fighter, and she died an early death. I don’t have much of a legacy.